What a defense attorney can do when a prosecutor won’t answer discovery. 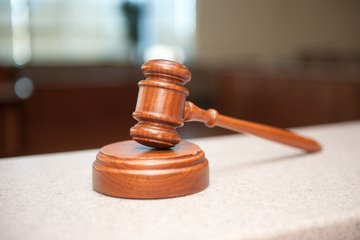 What a defense attorney can do when a prosecutor won’t answer discovery.

Outcome of Richardson Case: Petitioner's writ of certiorari was granted, and his conviction for arson was set aside because the trial court erred in its failure to inquire as to why prosecutors failed to comply with the disclosure rule and to determine whether such non-compliance was prejudicial to petitioner.

If, at any time during the course of the proceedings, it is brought to the attention of the court that a party has failed to comply with an applicable discovery rule or with an order issued pursuant to an applicable discovery rule, the court may order the party to comply with the discovery or inspection of materials not previously disclosed or produced, grant a continuance, grant a mistrial, prohibit the party from calling a witness not disclosed or introducing in evidence the material not disclosed, or enter such other order as it deems just under the circumstances.

Sanctions of exclusion of a witness or dismissal of a case are rare.  There are some creative sanctions that are not as extreme that can suggested to the Court, such as:  taking away one of the State’s peremptory challenges, giving the defendant an additional challenge, restricting opening in some way, restricting the closing argument (i.e. taking away the right to open and close), restricting the testimony or the number of witnesses the state can call.

Under Brady, the State violates a defendant's due process rights when it fails to disclose evidence that is favorable to the defendant and is material to either his guilt or the sentence imposed. This includes both exculpatory evidence and impeachment evidence. The evidence is material "if there is a reasonable probability that, had the evidence been disclosed to the defense, the result of the proceeding would have been different. A 'reasonable probability' is a probability sufficient to undermine confidence in the outcome." United States v. Bagley.

If You Have Any Questions Regarding a Criminal Case in Florida