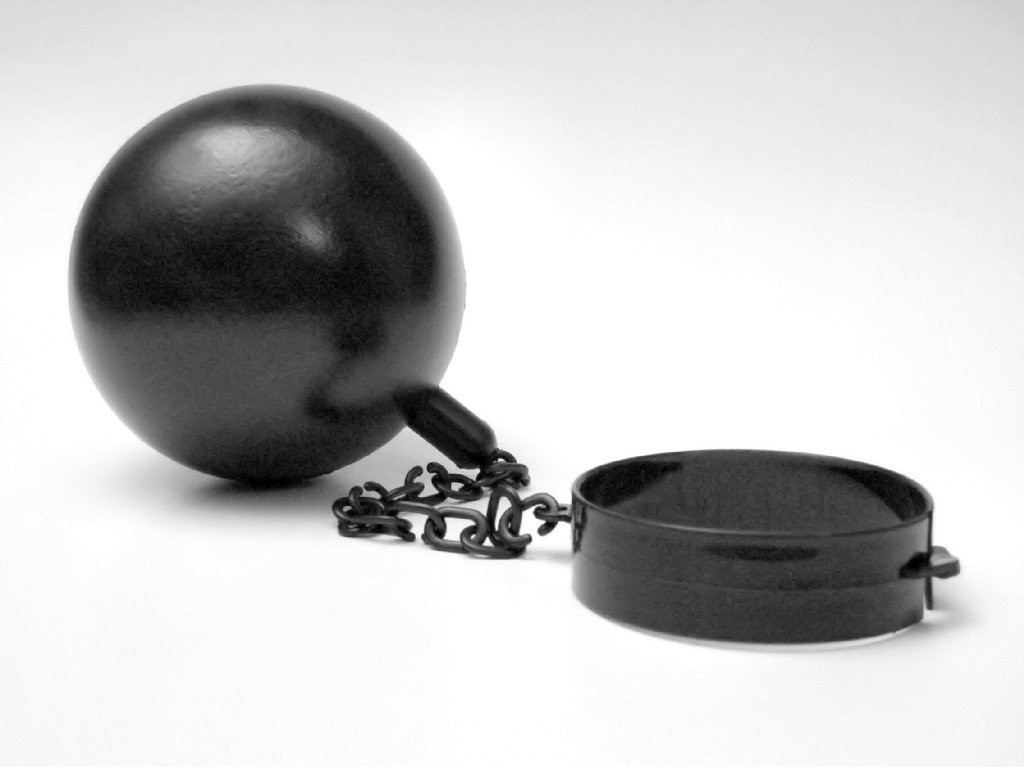 I recently dealt with a case where my client was serving a 10 year sentence for a state charge that in turn violated his federal supervised release. I was able to get him a time served sentence on the federal charge, however, because he was in state custody prior to resolving his federal violation, he would have to serve the entire state sentence before the Federal Bureau of Prisons would count his time served sentence. This scenario would mean that he would be classified a higher offender in the state system and lose access to certain privileges and programs because he was considered to be on hold to the federal government because his federal sentence was not going to be counted until after his state sentence. Fortunetly, I was able to have it worked out that his federal sentence would be served at the same time as his state sentence, in other words "concurrent".

Sounds crazy right and ridiculously confusing. However, there are ways to work within both state and federal penitentiary systems and try to get the best result for a client when they are sentenced to both federal and state time.

The following information and case law was provided by Federal Bureau of Prisons, if you are wanting to research and learn more. Remember case law constantly changes and you need to make sure the case provided below has not been overruled.

18 U.S.C. 3585 governs the amount of jail time credited to a federally sentenced inmate. “Defendant shall be given credit toward the service of a term of imprisonment time he has spent in office detention prior to the date the sentence commences - - (1) as a result of the offense for which the sentence was imposed... that has not been credited against another sentence.”  18 U.S.C. § 3585(b).

While the Attorney General through the Bureau of Prisons possesses the sole authority to make credit determinations pursuant to 18 U.S.C. § 3585(b) [United States v. Whaley 148 F. 3d 205 (2nd Cir. 1998)], circuit courts have held that district courts have concurrent authority to grant credit for time served in official detention.  Based on the deletion of all references to ‘Attorney General’ in § 3585 manifested congressional intent to withdraw the Attorney General’s exclusive authority. See United States v. Beston, 936 F. 3d 361 (8th Cir. 1991) rehearing denied 1991 US App LEXIS 28427.  With that said, the Bureau of Prisons would never know to give a client the complete credit he is due because they would never know about the previous jail time that the client served in state custody on the same matter.

Circuit courts have held that under 18 U.S.C. 3585(b), a defendant shall be given credit toward his term of imprisonment “for any time he has spent in official detention prior to the date the sentence commences.” See United States v. Becak, 954 F. 2d 386 (6th Cir. 1992). Although a district court can not order that a federal sentence begin when a defendant was arrested by the state for the same conduct underlying the federal offense.  The Ninth Circuit has recently affirmed the BOP’s denial of jail credit for a federal inmate who had previously served state time for a related charge.  See United States v. Schleining, 9th Cir. No.: 10-35792,  June 27, 2011)
Because the BOP determines jail credit, the district court may accomplish the same end by departing downward in it’s federal sentence.  “The proper way to ensure that Gonzalez served a total of 156 months would have been for the court to increase the downward departure it granted him and sentence him to 129 months.”  United States v. Gonzalez, 192 F. 3d 350 (2nd Cir. 1999).  A District Court has the authority under U.S.S.G. § 5G1.3 (c) to adjust a federal sentence for time served on a state sentence in a way that is binding on the BOP, whether it is called a ‘departure’, a ‘credit’ or an ‘adjustment.’  See Ruggiano v. Reish, 307 F. 3d 121 (3rd Cir. 2002).

In United States v. Pray, 373 F.3d 358 (3rd Cir. 2004), the defendant served 4 months in state time custody for a drug offense and was later convicted on related federal drug offense district court may depart downward on federal sentence to credit defendant with state time, which was completed (and therefore not “undischarged” in accordance with U.S.S.G. §5G1.3).  Likewise, a district court could not “credit” defendant in his federal case with the time he had served in his state case, in accordance with §5G1.3, but could accomplish the same result with a departure.  See United States v. Rosado, 254 F. Supp. 2d 316 (SDNY 2003) where defendant was convicted of distributing heroin, and where defendant had served 7 months in state custody on the conviction that was relevant conduct in the federal sentence, defendant was granted a 7 month downward departure to account of state time already served through a departure.

The Supreme Court has held that a district court has the authority to run it’s sentence consecutively to an anticipated, but yet to be imposed, state sentence. Setser v. United States, 566 U.S. ____, 132 S. Ct. 1463, 1473 (2012). A district court in the Northern District of New York held that the BOP improperly denied good time credit for the period of the federal sentence served concurrently with the state sentence. [(See Hill v. Corwin (ND NY 9:10-cv-553, June 9, 2010)].

If You Have Questions About A Criminal Case